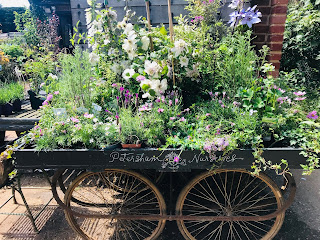 First day of the Chelsea Flower Show is a good day to visit Petersham Nurseries.  There’s one in Covent Garden, with its polished courtyard and clean lines, but the best and brilliantly smudged original is in a small side street off Petersham road, one of those roads which was built to take horse and carts rather than four wheel drives and double decker buses. In the summer it is less congested as Richmond Park opens its gates to the four wheel drives if not the buses.  Cars are able to travel along the park from Richmond gate to Ham gate, past Pembroke Lodge with its uninterrupted views over London and the deer which always hover when you are in a hurry along the side of the road like teenagers, looking as though they are about to cross, but never do.  And of course the Mamils (middle aged men in Lycra), more aggressive than the deer even in rutting season. 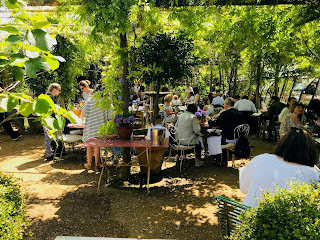 The Nurseries started as simply that. A nursery of flowers, greenhouses, three of them, and as the entrance skirted St Peters Church and homes owned by some rich and famous, buying the odd lavender or verbena didn’t seem disruptive. 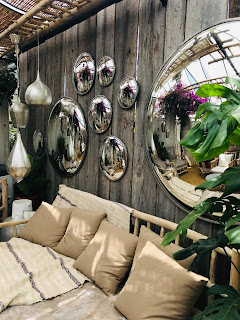 Then arrived Skye Gyngell, and the café and restaurant, gaining a Michelin star, and the Petersham players, a phenomenal and mesmeric troupe of actors, who took over the neighbouring Petersham House and at Halloween and Christmas led paying guests round various sets, in turn comedic, tragic, terrifying and poignant. 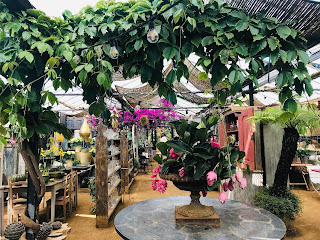 The Nurseries is unique. Its energy, style and use of space and light is seductive. When you go through the gates you will want to buy a French house with a courtyard and put everything you see, plant and ornament into that courtyard. 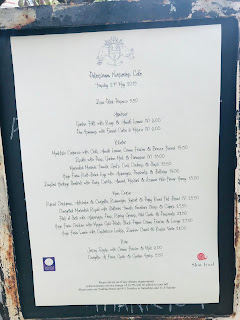 Soho House seems to have unashamedly ripped off the incredible style of this place.  Furniture is on sale, and you are able to buy ornaments for the garden or conservatory, a lot of it rusty or rusted, but it is placed in such a way, it looks (and sometimes costs) thousands more than it should. I admit, I have bought a fountain there, which probably originated from somewhere in Southern France, was brought back to Petersham, and I’ve now taken it back to Southern France, to my home there.  This place does this to you. People actually buy rusted gardens chairs for £250.  If you think they are mad, go and you will soon get hooked. 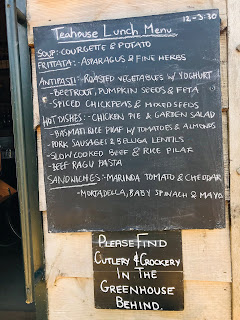 It is always busy, although perhaps on a Monday mid morning or Tuesday mid morning it is quieter, but as I have always thought most of the people who live in Richmond do not work or do not need to work, or if they do they work nocturnally, this place is always buzzing.   Men are like honey to the bees. The nurseries is a matriarchal place. Tables and chairs (all for sale) of ladies who lunch, usually talking food and/or divorcees talking litigation over gluten free orange and almond cake, or vegan chocolate cake, or match.com first dates trying not to get the camomile flowers in the tea stuck between their teeth; new mums with young babies, looking incredibly tired, older mums having just dropped kids off at school ready to talk about their first novel, or first love to any other mum who will listen or at least pretend to.  It is a social observer’s paradise.  Richard E Grant visits, and I’ve seen him, and so does Michael Douglas and Catherine Zeta Jones when they are over.  Not for the flowers I presume, but for the pleasure of eating and drinking in what should be a pretentious paradise but wins you over with its exquisite style and beauty. 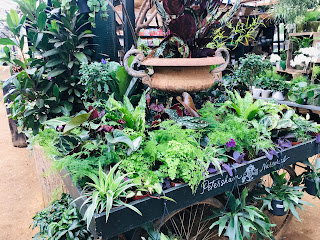 Someone very clever has designed how you enter each greenhouse, the first of which houses most of the nic nacks to buy. A slightly rusted round mirror for £2500.  A chandelier for £4,000.  A stone urn for £75, which compared to the mirrors seem quite reasonable, until you realise you can get one without the rusted effect in Homebase for a fiver. 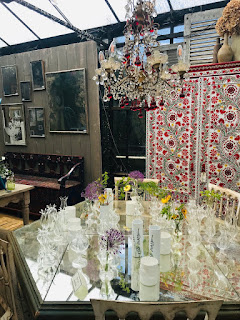 Visitors are led around, snaked around with mirrors and low hanging jasmine latticed over the ceiling. This leads into the main restaurant with its sawdust floor and long and round tables and odd chairs. It is a fairyland with food.  Gyngell is long departed but the food is still good – although pricey, but the ambiance is unique. I have never been to a place like it in all my travels around the globe and think those who travel a lot like Douglas and Zeta Jones recognise this too. 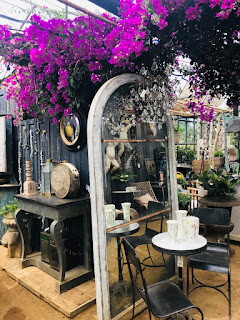 There is a canopied area with vines growing and hanging above more tables and chairs with a fountain trickling. This area is as lovely to eat in during the depth of winter as it is in the heat of the summer months.  The statues, some quite badly damaged, stand still as though watching the guests like some Monet painting. 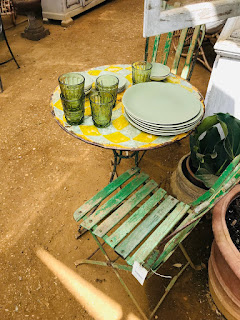 The second greenhouse has more tables and chairs, and is an extention of the café which serves light lunches of  utterly delicious quiche (I don’t eat quiche but I do here) and salads usually with some sort of feta or halloumi in them (this is Richmond after all, where there probably more vegans and yoga instructors per square mile than anywhere else on the planet.)  I used to adore the beetroot cake but they don’t do it any more. That was back in 2008 and it was five pounds a slice. Five pounds.  See what I mean.  They sell a variety of herbal teas but none of that in a pouch rubbish – all the fresh stuff, so fresh mint, camomile, green leaf tea – hence getting it stuck between the teeth. 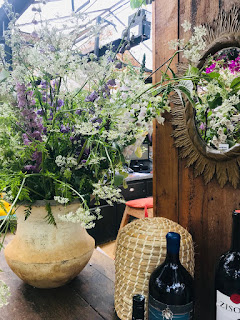 The third greenhouse has a large open area with more tables and chairs and an area for seeds and also if you would like a bouquet made up or advice or gardening tools, reminding you, it is a garden centre and nursery.  They use to have an area where they sold antiques from India and I bought a two foot high metal Buddha. Its beautiful and actually compared to the rusted chairs and tables very reasonable.  It’s in my garden. My boyfriend at the time, who I thought was relatively sane, on his first visit there, bought four eight foot stone pillars. Four Roman looking stone pillars. For £500 a pole.  He put them in his sitting room by the flat screen. 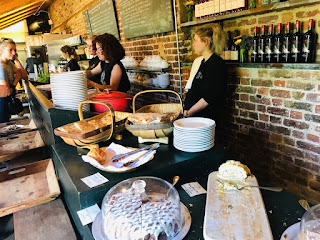 I remember meeting Sir Terence Conran once and asking him what makes good interior design. He replied it is the understanding and use of the seduction of space.   Petersham Nurseries understands exterior design better than anywhere I have ever eaten.   I just wish it would bring back the beetroot cake. 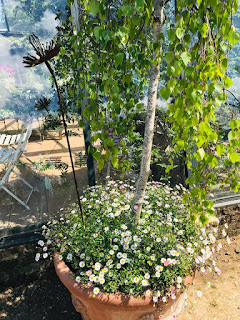 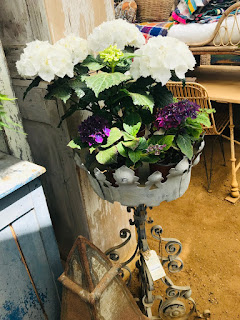 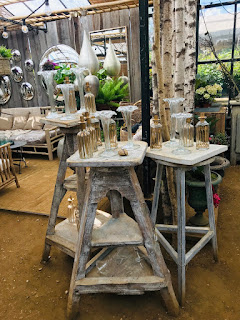